A coloured Edition, analysed and defended according to the criteria that were in use during the eighteenth century. Structural analysis by Claude Charlier.

This new collection presents an edition of J.S.Bach’s essential works. It is a very original edition for more than one reason. Firstly, it is the very ﬁ rst musical edition in which the analysis is fully presented with colours. Se- condly, its bases are set following the contrapuntal rules that were in application during the eighteenth century, so it resettles Bach’s work in a true and faithful historical background.

Although musical analysis is not an exact science, it is still possible to show that one analysis technique is more rational and more historically appropriate than another and that it ﬁ ts logically in with the type of com- position we want to look at. Obviously there are certain points of detail which are always open to discussion.

I make no claims to a “ note-by-note ” analysis; this is a polythematic, structural analysis which shows and dismantles the architecture of J.S. Bach’s fugues.

His works are extremely complex and, especially in analytical terms, this complexity leads to an imbroglio in the use of a number of terms such as subject, countersubject, motif, episode, divertimento, etc. For reasons of clarity, I shall always be using the same terminology for the whole of the collection, at least on the technical data sheets.

The term subject is only used for the theme(s) which make up the start of the work, in other words the exposition.

All of the other themes which appear during the course of the composition are called counterpoints.

In my analysis, each theme is represented by a speciﬁc colour.

Notes shown in two colours relate only to thematic counterpoints.

When the themes are in an uninterrupted succession in a single voice, I have sometimes - based on The Well Tempered Clavier - underlined this usual compositional feature with a little reference mark.

Claude Charlier, Doctor in Philosophy and Letters (Musicology) in the Université Libre de Bruxelles, defends here a polythematic conception of Bach’s work, related to the ﬁnal development of his musical legacy : the triple fugue in The Art of Fugue.

We would be right to ask ourselves about the need to publish a new edition of J.S. Bach’s three-parts Sinfonias.

Indeed, in most of the current editions, those pieces are presented as an introduction to the interpretation of The Well Tempered Clavier. But Bach, in his foreword, explains nevertheless that those pieces should also help to give a ”better idea” of what composition means. This second aspect, too often neglected, will be the object of the present edition: an analysis of the writing in relation with the criteria used in the eighteenth century.

This analysis will then lead to a better reading and understanding of The Well Tempered Clavier.

We can indeed ﬁ nd all the contrapuntal techniques used by Bach – except augmentation and diminution – in this collection, wrongly locked in the conﬁ ned circle of the Music Schools.

The Sinfonias, better known under the name of three-parts Inventions, are less easy to analyse than the fugues because they are much more concise, so we need to master all the techniques used by Bach in his many works to understand and bring to the fore the links with all his compositions. The criteria of analysis of Bach’s fu- guesaccording to the conceptions of his time underscore a polythematic vision leading to unity of thought and consistency.

On the other hand, a traditional monothematic analysis will only result to a series of exceptions, and will inevitably miss the point.

Bach’s music praises a multithematic vision. This is why we choose to present a coloured edition. This colou- red presentation of the various themes enables us to immediately visualize the proportion they have in each work, its structure and its complexity.

As for the edition itself, this is no urtext edition, but it is rather viewed as a comeback to a didactical tradition that has been perpetuated since the beginnings of the twentieth century, and that is centred on counterpoint. The settings are due to the particularities of the project. Each work will have a technical card presenting a legend for the colours and a short commentary underscoring the strong elements of the composition. These cards are written in order to put forward the presence of the subjects, using a comparison with one or several other works of Bach, in which similar techniques have been used.

The proper analysis offers us an authentic rereading of Bach’s Sinfonias. Of course, a debate about some details, for instance concerning the sections in which the themes are not fully stated, remains open. But the framework of each piece is clearly deﬁned.

This sort of analysis enables the reader to apprehend Bach’s work with a new philosophy that is more complex, more elaborated, and that gives a meaning to this fullness that penetrates us while listening to his music.

The Well-Tempered Clavier I, BWV 846-869. A coloured edition, analysed and defended according to the criteria that were in use during the eighteenth century. Structural analysis.

The Well-Tempered Clavier II, BWV 870-893. A coloured edition, analysed and defended according to the criteria that were in use during the eighteenth century. Structural analysis.

The Art of the Fugue (BWV 1080), Transcription of the Four-Part Counterpoints using treble and bass Clefs, for the organ, by Claude Charlier.

The Art of Fugue (BWV 1080), Transcriptions of the Conterpoints for two Pianos or Piano four hands, by Claude Chartier.

The Art of Fugue (BWV 1080), Transcription of the four-part Counterpoints, using treble and bass clefs, "For the mind and for the eyes". Structural analysis. Éditions Bach en Couleur 2018. 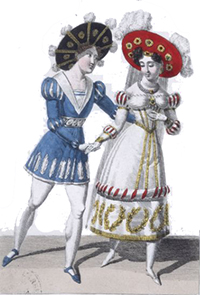