The Art of Fugue (BWV 1080), Transcriptions of the Conterpoints for two Pianos or Piano four hands

See : The Art of Fugue for Organ

This second edition of The Art of the Fugue, part of the "Bach in Colour" collection, is aimed specifically at pianists.

Bach's musical testament is rarely performed on the piano. First of all there is the fact that counterpoint is rarely tackled in the piano classes given at Conservatoires.

The second reason is to do with purely instrumental technique. A lot of counterpoints cannot be played on the piano by a single performer due to the fact that the "ambituses" of the melody lines are often too wide-ranging.

Even so, I feel sure that there are many pianists who are tempted by this music and would like to add this "anachronistic jewel in the crown" to their repertoires.

Nevertheless, the piano is a very suitable instrument on which to perform The Art of the Fugue, as all of the counterpoints can be performed using a single sound palette, rather like you would on the organ.

I have produced this edition in an attempt to stay true to the background against which the piece was written. The use of both the treble and bass clefs makes perfect sense as they are familiar to performers.

I decided against using any clef changes inside the parts, telling myself that this would only mean a few extra lines which might bother any seasoned performers who might venture to perform them in concert. Conversely, the music becomes easier to read and the melodic design of each part is shown off to better effect.

The score is designed for two pianos but could be performed equally well four-handed on a single instrument, and personally, I would go for this second version for reasons of homogeneity.

Here I am giving the quintessence of The Art of the Fugue, in other words all of the four-part counterpoints, for obvious reasons relating to performance on the instrument.

I would add that a longer performance would be absurd, unnecessary, too tiring for performers and too demanding for the audience!

The Art of Fugue (BWV 1080), Transcriptions of the Conterpoints for two Pianos or Piano four hands, by Yves Chartier. 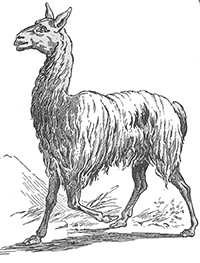