A coloured edition, analysed and defended according to the criteria that were in use during the eighteenth century. Structural analysis by Claude Charlier. Previously published : The Inventions, The Sinfoniae, The book: “For an alternative reading of the Well-Tempered Clavier”. © Edition BEC F 2015, Claude Charlier. All rights reserved.

This new collection presents an edition of J.S. Bach's essential works. It is a very original edition for more than one reason. Firstly, it is the very first musical edition in which the analysis is fully presented with colours. Secondly, its bases are set following the contrapuntal rules that were in application during the eighteenth century, so it resettles Bach's work in a true and faithful historical background.

Claude Charlier, Doctor in Philosophy and Letters (Musicology) in the Université Libre de Bruxelles, defends here a polythematic conception of Bach's work, related to the final development of his musical legacy: the triple fugue in the Art of fugue.

Although musical analysis is not an exact science, it is still possible to show that one analysis technique is more rational and more historically appropriate than another and that it fits logically in with the type of composition we want to look at. Obviously there are certain points of detail which are always open to discussion. I make no claims to a note-by-note analysis; this is a polythematic, structural analysis which shows and dismantles the architecture of J.S. Bach's fugues.

His works are extremely complex and, especially in analytical terms, this complexity leads to an imbro- glio in the use of a number of terms such as subject, countersubject, motif, episode, divertimento, etc. For reasons of clarity I shall always be using the same terminology for the whole of the collection, at least on the technical data sheets. The term subject is only used for the theme(s) which make up the start of the work, in other words the exposition. All of the other themes which appear during the course of the composition are called counterpoints.

In my analysis, each theme is represented by a specific colour. Notes shown in two colours relate only to thematic counterpoints. The thematic variants, passing notes, ornaments and grace notes remain in black. When the themes are in an uninterrupted succession in a single voice, I have sometimes – based on the Well- Tempered Clavier – underlined this usual compositional feature with a little reference mark. 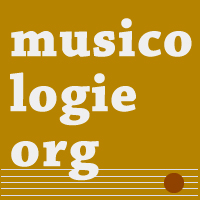