A sermon concerning vocal and instrumental musick in the church. As it was delivered in the parish church of St. Andrew Undershaft, upon the 31th of May, 1696, being Whit-Sunday, and the day wherein the organ there erected was first made use of. By Gabriel Towerson, D. D.

TOWERSON, GABRIEL (1635?–1697), divine and theological writer, was the son of William Towerson, and probably born in London in or about 1635. He was educated first at St. Paul's school, proceeding thence to Queen's College, Oxford, where he was Pauline exhibitioner from 1650 to 1659. He matriculated on 27 Feb. 1650–1, graduating B.A. on 17 June 1654 and M.A. on 21 April 1657. In 1657 his father petitioned Richard Cromwell, then chancellor of the university of Oxford, to use his influence with the warden and fellows of All Souls' College to admit his son, who had studied for some years and devoted himself to the ministry, to one of the vacant fellowships. Towerson obtained his fellowship in 1660, and received the college rectory of Welwyn in Hertfordshire on the deprivation of Nicholas Greaves by the Act of Uniformity. He was admitted on 31 Oct. 1662, and retained the living until his death. He was created D.D. by Archbishop Sancroft on 1 Feb. 1678, and was presented to the rectory of St. Andrew Undershaft, London, on 20 April 1692. He died on 14 Oct. 1697, and was buried at Welwyn.

Towerson left his property to be equally divided among his seven children. His will, which was neither dated nor witnessed, was proved on 27 Oct. 1697. 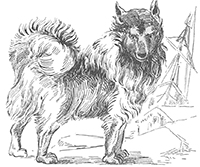