The reasonableness of Regular Singing, or singing by note, in an essay, to revive the true and ancient mode of singing psalm-tunes, the knowledge and practice of which is greatly decay'd in most Congrega-tions writ by Minister of the Gospel

Utile dulci. Or, a joco-serious dialogue, concerning regular singing: calculated for a particular town, (where it was publickly had, on Friday Oct. 12. 1722) but may serve some other places in the same climate. By Thomas Symmes

A monitor for delaying sinners. : a sermon studiously accommodated to the meanest capacities: publish'd at the desire of a society of young men, to whom it was preach'd, on the Lords-Day evening, Decemb. 7. 1718. Printed by B. Green, for Samuel Gerrish at his shop. Boston 1719.

Good soldiers described, and animated : a sermon preached before the Honourable Artillery Company, in Boston, June 6th. 1720. Being the day of their election of officers; and now published at their request. And in obedience to His Excellency the governour: His Honour the lieut. governour, and several of His Majesty's Honourable counsellours. Printed by S. Kneeland, for S. Gerrish, and D. Henchman, and sold at their shops, Boston 1720.

The people's interest in one article consider'd & exhibited. Or, A sermon shewing that it is the interest of the people of God, to do their duty, toward the subsistence of such as preach the Gospel to them. Printed by B. Green, for Samuel Gerrish, and sold at his shop in Corn-Hill, Boston 1724.

A discourse concerning prejudice in matters of religion. Or, An essay, to shew the nature, causes, and effects of such prejudices: and also the means of preventing, or removing them. Printed by S. Kneeland, for S. Gerrish, sold at his shop in Corn-Hill, Boston 1722.

An ordination sermon preach'd at Malden, Octob. 31. 1721 : When the Reverend Mr. Joseph Emerson was ordain'd pastor of the church in said town. Printed and sold by J. Franklin in Queen-Street, Boston 1722.

Historical memoirs of the late fight at Piggwacket : with a sermon occasion'd by the fall of the brave Capt John Lovewell and several of his valiant company, in the late heroic action there. Pronounc'd at Bradford, May, 16, 1725. Printed by B. Green Jun. for S. Gerrish, near the Brick Meeting-House in Cornhill, Boston 1725. 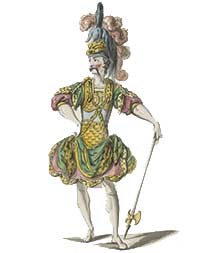