Women, money, music and theatre: exploring the political economy of performing arts and its gender dimension (Italy and France: 1550-1700)

During the 16th and 17th centuries, many European women were able to forge a place in the world of entertainment—as actresses, dancers, singers, musicians, instrumentalists, composers, poetesses and playwrights—developing careers that, in some cases, were possible thanks to the financial support of other women. France and Italy are interesting case studies given the importance of female patrons such as the Queens of France, the Italian female sovereigns of various courts (Florence, Mantua, Parma, Modena, etc.), and noblewomen in Rome from many patrician families (Barberini, Colonna, Mancini, etc.). In most cases, however, whether these women made music and theater their profession and form of livelihood or financed it as patrons, they tended to be viewed negatively, if to different degrees, by their contemporaries.

This raises many questions regarding the political economy of music and the performing arts in relationship to gender. The production and consumption of impermanent and immaterial goods was often stigmatized and morally condemned, linking it to the need for luxury and the superfluous. But did such judgments differ in the case of women?

In this panel we are interested in case studies that focus on women-performers and women- patrons/producers, and on trying to define the ways in which musical, theatrical and patronizing actions were understood by audiences and the possible restrictions that surrounded female agency on and around musical and theatrical productions. Was female patronage subject to different categories of judgment from male patronage? Were forms of entertainment considered more suitable for woman patrons? Were the restrictions on women performers stricter than those that limited their male colleagues? Were female artists free to manage their income? What problems arose if they became richer than their husbands?

Many other questions could be raised about the relationship of women, money and spectacle in Italy and France, 1550-1700. If you are interested in participating in this panel, please submit an abstract to Francesca Fantappiè at fantafrancesca@gmail.com or to Amy Brosius at a.brosius@bham.ac.uk by Friday, July 23th, 2021.

Your proposal should include your name, academic affiliation, email address, the title of your paper, an abstract of no more than 200 words, and a very brief CV (less than 300 words) or a link to an online CV. 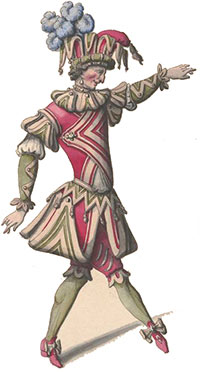