Transcending Nationalism: Music in Russia and East-Central Europe at the Turn of the 19th Century

The Centro Studi Opera Omnia Luigi Boccherini of Lucca, in collaboration with CRECEPS – Centre for Russian, East-Central European and Post-Soviet Music Studies, is pleased to promote the symposium « Transcending Nationalism: Music in Russia and East-Central Europe at the Turn of the 19th Century », to be held from Friday 25 until Sunday 27 November 2022.

The role of music as an instrument for constructing a national identity has been widely debated within the context of Russian musical culture in the late nineteenth and early twentieth century. This conference aims to further investigate the issue by widening the survey also to East-Central Europe and by showing how in this period the search for a national musical identity was closely intertwined with increasingly frequent, complex and extensive transnational phenomena of reception and cultural exchange.

In this way, the Conference will try to question the very concept of musical nationalism, showing how composers and musical institutions of the time contributed to the creation of their own national identity both by drawing on local musical traditions, and by assimilating and reinterpreting foreign musical styles and cultures. This will allow us to better situate in a wider European context and in a more complex transcultural perspective many phenomena that in musical historiography have so far been viewed through a strictly nationalist lens.

The subject of investigation is everything that contributed to the production of nationalist / trans-nationalist musical practices and discourses: composers, musicians, musical criticism, musicology, ethnomusicological enquiries, editions of folk music, music-pedagogical traditions, musical institutions such as choral and orchestral societies, music festivals, operatic and concert institutions.

The programme committee encourages submissions within the following areas, although other topics are welcome:

The official languages of the conference are English, French, Italian. Papers selected at the conference will be published in a miscellaneous volume.

Papers are limited to twenty minutes in length, allowing time for questions and discussion. Please submit an abstract of no more than 500 words and one page of biographical information.

All proposals should be submitted by email no later than 10 April 2022 to conferences@luigiboccherini.org. Please include your name, contact details (postal address, e-mail and telephone number) and (if applicable) your affiliation with your proposal.

The committee will make its final decision on the abstracts by the end of April, and contributors will be informed immediately thereafter. Further information about the programme, registration, travel, and accommodation will be announced after that date. 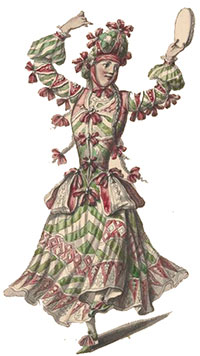