Beyond the Avant-Garde? Rethinking the Vanguard in British Music since 1970

'The centre of gravity of exploratory music making in the West shifted to a significant degree in the 1970s and 1980s. Included in but not contained by postmodern rubble revelling and high/low jockeying, this shift saw the classic modernist drive towards radical expression jump lanes. Or, rather, spread across a number of lanes. Noise musicians in Tokyo, ‘free’ players in Berlin and London, and industrial post-punk provocateurs in Sheffield, L.A. or Rome could now legitimately claim to be amongst the vanguard of radical music. Quasi-‘popular’ cultural practices such as these became routes into the new and the strange, as valid as any other’ (Graham 2019).

‘“What is an avant-garde?” I don’t think there is a more timely question scholars interested in the history and theory of radical cultural production can ask. More than a simple inquiry, it is an invitation to recalibrate our key term and review in critical spirit our theoretical paradigms, the historical narratives that frame our subject as an evolving sociocultural phenomenon, and the institutional and geopolitical positions that enable us to research, write about, and teach the avant-garde’ (Sell 2010).

‘If dominant histories of noise and sonic experimentalism have typically been characterised by a patrilineal ‘dotted line’ of innovators and pioneers, [women’s sonic experimentalisms] respond with a nexus of new lineages involving both connections and disconnections. The networks of sonic practice that they generate can be understood as noisily feminine insofar as they are complex and messy. Yet they might also be understood as noisily feminist insofar as they threaten to disrupt the authority and plausibility of the naturalised ‘dotted line’ paradigm. In other words, they call into question not only who is included and excluded from the dominant histories, but the model upon which these histories are predicated. Indeed, these feminine webs threaten a number of curatorial and historical tropes upon which the marginalisation of women’s work has relied. In this regard, these projects, taken collectively, do not simply call for inclusion in the exclusionary linear history of experimentalism; rather they begin to question the structures and categories through which this history is organised’ (Thompson 2020).

The 1970s is frequently recognised as a decade of cultural transition. The transmigration of 1960s countercultural ideals into various post-1960s threads of resistance, revolt and revival, as well as historic political-economic shifts towards neoliberalism and global capitalism, saw music evolve into new configurations of established and emerging forms that did not map neatly onto the (imagined) topography of the avant-garde as mediated by the dominant critical voices of the time. Despite recent scholarly interventions designed to dismantle the singularity of ‘the’ avant-garde for historiographies of music in the 1960s (e.g. Benjamin Piekut’s conception of a ‘mixed avant-garde’), the decade nevertheless exerts a strong influence on how critics and scholars alike have framed the ‘splintering’ that allegedly followed it in the 1970s and after.

In the context specifically of a British music scene resolutely undergirded by paternalistic, but still traditional-minded institutions such as the BBC and Arts Council on the one hand and the unprecedented commercial success of 1960s acts such as the Beatles on the other, the 1970s and beyond saw ‘new music’, jazz and popular music scenes (broadly conceived) expand, collide and evolve in sometimes dramatic ways. Within and between these traditions lay a multitude of practices—from noise to sonic art, free improvisation to dub, ‘new complexity’ to experimental post-punk—that, according to most narratives, in their cultural variety and non-traditional positions would become characteristic of the vanguard impulse in music after 1970. And yet—to appropriate the remarks of theatre and performance historian James M. Harding—this characterisation of the vanguard ‘just happens to be the one with which critics have the longest acquaintance because it is the one that they have consistently privileged. But how might one counter the weight of that tradition and the lure of its discourse?’ (Harding 2010).

Within, then, the linear temporality of progress that shapes both the history and historiography of music since 1970, including (not ironically) the postmodern ‘rejection’ of the ‘modernist avant-garde’, there are questions to ask about the most suitable ways in which to think through the interface between vanguard music and politics, including whether or not ‘avant-garde’ or ‘vanguard’ remain appropriate to the task. And particularly as it relates to experience in the UK, attending to these post-sixties impulses and new musical practices requires, to say the very least, a broadening of historical attitude, method and perspectives.

This symposium aims therefore to bring together different perspectives on how the history and historiography of ‘vanguard music’ in the UK since 1970 can be traced, documented and rethought. We invite scholars at all stages of their careers to join this conversation and to think again about the place and politics of art and popular musics within this ‘emerging’ musical landscape, and in so doing to draw out and articulate more clearly the dynamics of flux and boundary-shifting that not only helped shape UK music culture since 1970 but have also hindered our ability to fully appreciate alternative patterns of musical and historical movement.

1. The diversity of music considered ‘vanguard’ and challenges to established frameworks for mapping the ‘limits’ of vanguard practice (centre and periphery, reactionary and progressive, professional and amateur, etc.), building on recent conceptual contributions in musicology such as ‘unpop avant-garde’ and ‘mixed avant-garde’ and, moreover, the wider call to diversify and decolonise music studies.

2. The colonialist, imperialist and militarist dimensions of history in Britain since 1970 and their interaction with and mediation through vanguard music.

3. The wider sweep of British history since 1970 and the relative importance of social, cultural, economic, technological and political changes of late capitalism as mediated by music.

4. The ways in which socio-musical practice, text and context interact in cultural histories of vanguard music in Britain since 1970.

5. The joining together and documentation of past and existing scholarship that identifies new areas for historical and/or ethnographic enquiry.

6. Developing networks of scholars working on music in Britain since 1970 that circumvents musical genre and scholarly boundaries.

We welcome submissions that address these aims directly or indirectly, and we are open to all methodologies and disciplines, from traditional scholarly papers to more unconventional presentations or performances.

Proposals for standard individual papers should be for 20 minutes (pre-recorded or live), with 10 minutes for questions. Abstracts of no more than 200 words should be sent, along with a short biography of no more than 100 words, to Stephen Graham and Roddy Hawkins, by 15 March 2021.

Themed sessions should be submitted by a nominated chair, and include a session title, one main speaker and paper proposal, and at least one nominated respondent. Including 30 minutes for general questions, themed sessions should last 90 minutes in total. Abstracts of no more than 300 words for the session overview and main paper, with no more than 200 words for all biographies, should be sent to Stephen Graham and Roddy Hawkins, by 15 March 2021.

Submissions in non-standard formats should be discussed in advance of submission by emailing Stephen Graham and Roddy Hawkins.

All sessions will be hosted live via Zoom or Microsoft Teams.

We will notify you of our decision by 29 March.

We aim to make the online event as accessible as possible, bearing in mind the experience of working at home (or living at work). Where appropriate, please notify us of any accessibility issues, from time-zone conflicts to childcare or other caring responsibilities, that may have an impact on your ability to participate at particular times (BST) on 25 June 2021. 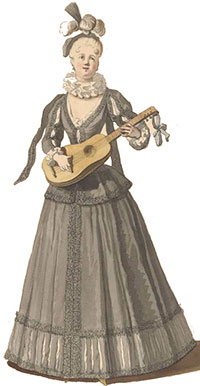