Urban Nostalgia : The Musical City in the 19th and 20th Centuries

The aim of this workshop is to explore space through music, approaching the history of the city via the notion of nostalgia. Often described as a form of homesickness, nostalgia is, by definition, the feeling that makes us wish to repossess or reoccupy a space. Such spaces appear to us as both near and distant, tangible and remote, and it seems that attempts at reclaiming them are frequently musical in nature. We know, for instance, that particular compositions have played important roles in helping people to navigate or mitigate a sense of displacement. In these circumstances, affective experiences may be bound up with trauma or joy, as is the case of song during wartime or musical imaginaries among migrants. Under other conditions, we might identify a ‘second-hand nostalgia’ in the guise of a musically-inflected tourism that seeks to reactivate (for pleasure and/or profit) the historical aura of an urban site. What are we to make of the abundance of personal, inter-personal, and propositional episodes that posit music as some kind of a bridge to the urban past?

One option is to turn to digital humanities and to recent trends in mapping the musical layers and pathways of city life. Yet, how well do such methods account for the emotional force of nostalgia and for the flickering between presence and absence that seems to characterise the musical grasp of the past? It is notoriously difficult to geo-locate affect and it is for this reason that we are looking to the kinds of mapping that music enables without the use of digital tools. How might we revisit compositions, correspondence, film music, opera, music criticism, etc. as techniques of urban nostalgia? Of course, these questions are not entirely new. But even as the so-called ‘urban musicology’ offers alternatives to traditional narratives of musical history, replacing big names with city streets, it sometimes remains unclear what the deeper relationships between musical practice and urban experience may be. We seek to address this lacuna by asking:

1) how composers, interpreters and other cultural actors have codified the city in musical terms;

2) how particular cities have afforded particular kinds of listening for particular groups at articular times; and

3) how music has contributed to the repertoire of clichés about urban identity, whether understood from ‘within’ or from the ‘outside.

Another context for this conference is the growth of sound studies, which has made the notion of a ‘soundscape’ an unavoidable point of reference when describing links between music and urban atmospheres. In light of such work we aim to consider what the idea of a musical landscape or musicscape might offer to historically-sensitive and site-specific scholarship.

We welcome papers with a broad disciplinary grounding, including (but by no means limited to) musicology, history, cultural and sound studies, cultural geography, art history, and literature. We are also looking to include research – and researchers – that expand the geographical frame beyond Europe and Northern America, the areas favoured thus far by sound studies and technology and media studies.

We seek proposals that respond, but are not limited to the following themes:

-Recorded music and the city

-Divisions of /bridges within the urban space through music

-Intermedia exchanges in the representation of the city: visual arts, literature, and film

Please note the quick turnaround for this call: abstracts of no more than 250 words are to be sent to musical.cities.2020@gmail.com no later than 6 April 2020. Accepted proposals will be announced on 17 April 2020. Please, include a short biography of no more than 100 words and your institutional affiliation. Proposals in both English and French will be accepted. 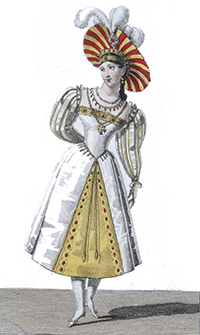