The status of Peter Maxwell Davies (1934–2016) as one of the leading international composers of the post-war period is widely acknowledged and celebrated. This pre-eminent position is, for the most part, a direct result of six decades’ worth of high profile commissions, recordings and performances of his music; but it is also a reflection of Davies’s wider contributions to the world of music, culture and society through his work with music education and the teaching of composition, and his activities as conductor, as public commentator and speaker, and as Master of the Queen’s Music (a position to which he was appointed in 2004 for a ten-year period). This prolific, protean composer left behind a highly significant body of work that comprises almost 550 compositions in every major genre, including art song and ballet, sonata and string quartet, mass and oratorio, symphony and concerto, music-theatre and opera, as well as music for children and amateurs.

12.00   Lunch break (delegates will need to provide their own lunch)

7.00     Evening concert, including a performance of Eight Songs for a Mad King, conducted by Joshua Ballance, soloist Barney Wolstenholme; introduced by Nicholas Jones and Richard McGregor

Registration, including tea/coffee and lunchtime concert, will cost £20 for the day. Please click on the following link to book your place: https://www.ticketsource.co.uk/cardiffmusic/t-opvpja

Following the study day, the School of Music is hosting an evening concert that includes a performance of Davies’s Eight Songs for a Mad King. Please note that the cost of a ticket for this concert is in addition to the study day registration fee and can be purchased here: https://www.ticketsource.co.uk/cardiffmusic/t-kmmgno 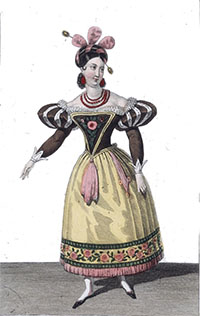