12-14th May 2021 Carmel
The Great American Songbook Foundation at The Center for the Performing Arts, Carmel, IN
Call for Papers, 1 July 2020

Traditional histories of the American musical tend to revolve around the formation of a canon of Broadway shows written roughly between the 1940s and mid-1960s, with Oklahoma! (1943) and Fiddler on the Roof (1964) often cited as terminal works. Other key works during the period include Kiss Me, Kate (1948), Guys and Dolls (1950), My Fair Lady (1956) and West Side Story (1957). The era encompasses the ends of the careers of figures from the previous generation such as Cole Porter, Irving Berlin and Kurt Weill, the peak of the output of Rodgers and Hammerstein and Lerner and Loewe, and the beginning of the creative influence of Stephen Sondheim and Bock and Harnick.

Yet to what extent is the concept of the Golden Age a useful tool for framing musicals, and how can we better understand these ever-present yet curiously elusive works?

In a conference honoring the career of Kim Kowalke (Professor, Rochester, NY; President of the Kurt Weill Foundation), and marking the seventieth anniversary of the death of Kurt Weill, we take stock of existing scholarship on the Golden Age musical and explore ways forward.

The conference also affords the opportunity to celebrate the richness of the Great American Songbook Foundation’s collections on the musical.

The conference will include a keynote from Kara Gardner, author of Agnes de Mille: Telling Stories in Broadway Dance.

Attendees are responsible for travel & lodging.

Proposals for individual papers (20 minutes + 10 minutes of discussion) or for a 90-minute panel (three papers + discussion) should be emailed to Dominic McHugh at d.mchugh@sheffield.ac.uk by 1 July 2020.

The conference will include a showcase of the Great American Songbook Foundation’s holdings on musical theatre, which include the papers of Meredith Willson and Gus Kahn.

Previous Stagestruck! Conferences have been held at the University of Sheffield (2014, 2016) and at the Great American Songbook Foundation (2018). 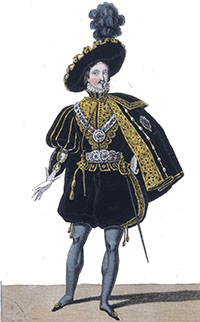