The Centro Studi Opera Omnia Luigi Boccherini of Lucca is pleased to invite submissions of proposals for the symposium «Italian Film Music, 1950s-1970s: Between Tradition, Innovation, and Internationalisation», to be held in Lucca, Complesso Monumentale di San Micheletto, from Friday 15 until Sunday 17 October 2021.

Because of the continuing uncertainties arising from the COVID-19 pandemic, the organisers of this conference will make contingency plans for an online event, in case an in-person gathering is not possible.

The end of the Fascist era and WWii marked a watershed for Italian cinema. Gone were the well-polished style of the ‘telefoni bianchi’ melodramas, the apolitical levity of Mario Camerini’s Italianate screwball comedies, or the magniloquence of Alessandro Blasetti’s epics. The series of neorealist films that bridged the last years of WWii with the first of the postwar period brought a fracture with the style, themes, and topics of the previous cinema. Everyday life and outdoor locations were preferred over artfully arranged studio settings; regional dialects and vernacular speech patterns supplanted the artificial ‘received pronunciation’ and the literary eloquence of most of the past cinema’s dialogue; the themes indigence and underdevelopment, political struggles, and social injustice that would be silenced in the Fascist cinema gained a foregrounded position. Though neorealism per se was more successful at festivals and in film critics’ circles than with the general public, the innovations it introduced spilled all over the 1950s lighter and more popular genres – e.g. the sentimental comedies set in lower-class environments of the ‘neorealismo rosa’ – and sowed the seed for the more radical innovations of the 1960s auteur cinema. Film music too was caught in this change of tide.

The melodic lines, musical conduct, and dramaturgical approaches of Italian film music were sensibly influenced by the tradition of Italian opera. For example, compared to the seamless almost wall-to-wall musical flow of the 1930s Hollywood music that was influenced by the musical continuity of Wagner’s wortondrama, the Italian film music of the same age was preferably built in closed musical numbers, as happened in Italian opera. Yet, the cantabile, melodramatic, and at times over-sentimental quality of such opera-influenced music began appeared inappropriate and inconsistent with the unfiltered and direct representation of reality that neorealism strove to depict. The early neorealist films presented new themes through an otherwise mostly traditional style, which might explain why music remained similarly traditional in style. Yet, as the polished style of the 1930s was being increasingly superseded by new approaches in which film style, and not only the themes, became more innovative and experimental, so music too had to find new idioms and approaches to keep up with the change.

The three decades 1950s, 1960s, and 1970s were the site of such musical renewal, from the injection of jazz, pop music, musique concrète, electronic music, avant-garde, vernacular music, light and dance music, progressive rock, up to Morricone’s tradition-shattering and highly influential ‘spaghetti western’ scores. Papers are invited that examine the various aspects of these three decades of change, hybridisation, and internationalisation in Italian film music, for example:

• The contribution of music to the 1960s auteur cinema

• The influence of international collaborations on a composer’s approach and style (e.g. Mario Nascinbene)

• The balance between the Italian musical tradition and the imports from abroad (e.g. how jazz or rock were integrated into Italian film music)

Proposals for twenty-minute papers are sought from musicologists and music theorists aimed at presenting historical/archival surveys or music/dramaturgy analyses; from film/media scholars interested in exploring how music served the films or the innovations of a specific genre/movement/author or how film-music production was regulated and organised within the Italian film industry; from popular-music and cultural-studies scholars interested in the consumption of film music beyond the films and its presence and significance in the Italian (or even international) record market or its appropriation in specific socio-cultural groups.

The official languages of the conference are English, French and Italian. Papers selected at the conference will be published in a miscellaneous volume.

Papers are limited to twenty minutes in length, allowing time for questions and discussion. Please submit an abstract of no more than 500 words and one page of biographical information.

All proposals should be submitted by email no later than 14 March 2021 to conferences@luigiboccherini.org. With your proposal please include your name, contact details (postal address, e-mail and telephone number) and (if applicable) your affiliation.

The committee will make its final decision on the abstracts by the end of April 2021, and contributors will be informed immediately thereafter. Further information about the programme, registration, travel and accommodation will be announced after that date. 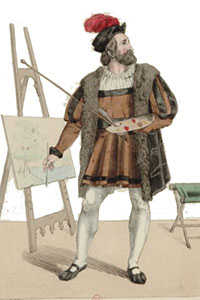