The Fondazione Giorgio Cini, in collaboration with the foundations Concordance, Irma Merk, and L. + Th. La Roche, has already organized an Early-Music Seminar planned for November 2018 devoted to the comparison between the Caribbean Concerts Spirituels and the Messes à l’usage des nègres (Mass settings to be sung by slaves of Caribbean plantations) of the period 1750-80. Both repertoires highlight the artistic richness and social tensions typical for the microcosm of Caribbean cultures at the dawn of the Haitian revolution.

In February 18-23, 2019 the Fondazione Giorgio Cini, once again in collaboration with the foundations Concordance, Irma Merk, and L. + Th. La Roche, will hold a further (and complementary) Early-Music Seminar, focusing on the operatic repertoires of the French-Caribbean colony of Saint-Domingue in about the same period. In particular, the Seminar will examine the career of Elisabeth Alexandrine Louise (stage name Minette), the first title-role singer of colour, and granddaughter of a freed slave. After her debut in February 1781, Minette sang in some forty operas and became the most celebrated title-role singer of the colony while founding something of a myth and provoking highly controversial critical reactions, witnessed by the local press of the time.

A number of Minette’s performances were based on librettos by philosophers such as Voltaire or Rousseau (or on paraphrases thereof), which thematised slavery and racial differences thus emancipation providing the repertoire with a particular sociologic dimension. Moreover, as an artist of colour who faced traditionalist critics, Minette enflamed the mixed-race élite of her spectators and became a symbol of the feared and coveted phenomenon of miscegenation.

Singing and acting in comedies such as L’amant statue by Nicolas Dalayrac or L’amoureux de quinze ans by Jean Martiny, and especially in Jean-Jacques Rousseau’s melodrama Pygmalion, she voiced perhaps unwillingly an interracial dialogue that must have shocked 18th-century audiences as it does nowadays. Pygmalion, let us remember, thematises the autonomy of art-works from their creators, as well as the animation of the statue Galathée, which in Minette’s case must have been likened to her own status of a (‘non-animated’) freed slave. In Dalayrac’s L’amant statue, finally, the dialogue about the animation of a fake musical automaton must have alluded to the enslaved flutist who actually accompanied the scene from the orchestra.

Summarizing: a key player of the first blind casting of history, Minette must have symbolized the fears and ambitions of a society, which used theatre to explore the threatening liminal space between freedom and slavery.

Scholarships include enrolment fees, board (breakfast and lunch) and lodging (at the Residence of the International Study Centre Vittore Branca), and travel (in economy class, up to 700 EUR for intercontinental flights, always to be agreed with the secretariat of the Seminar).

To apply, candidates must send to the secretariat (musica.antica@cini.it) the following material before November 15, 2018:

The Seminar is also opened to suitably qualified auditors, who must apply to the secretariat. 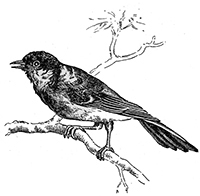