The Future Sound of Pop Music

New technologies, new interfaces and controllers have significantly altered the sound world of pop music in recent years. In current pop songs, electronic sounds and effects are dominant. The sound aesthetic of pop music has also undergone a major shift from the 1960s to the present day. Initially, pop music invested in a few distinctive distinguishing features such as distortion, but today it features complex electronic constructions based on samples, virtual instruments and effects.

The significance of individual sounds – their origins, their development and their future – has until now rarely been an object of research in popular music. This symposium will discuss how the sound aesthetic of popular music has changed over the past decades. It will debate how sounds have been created, how they are employed, and how they are constantly being renewed and replaced by new sounds. Last but not least, the symposium will discuss the future of sounds in pop music by addressing the following questions:

The following keynote speakers have been invited: 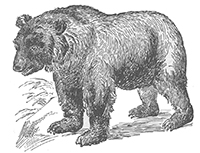