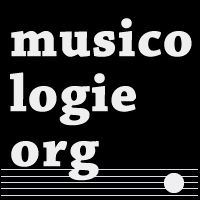 Academic studies of how opera singers act are few and far between. Yet the subject of operatic acting is a fascinating one, not least because demands on singers have increased in recent decades. Modern directors and composers often require artists to perform athletic or acrobatic acts while singing, and the ‘park and bark' approach is now largely considered unacceptable. In the wider media, meanwhile, the physical appearance of singers is widely (and sometimes voyeuristically) discussed, but the way in which they bring characters and dramatic situations to life is not.

This conference, organised by the OBERTO opera research unit at Oxford Brookes University, aims to examine the manifold ways in which opera, singing, performance, acting, body image, drama and dramaturgy interact. We invite proposals for individual 20-minute papers, panel discussions and alternative format sessions such as lecture-recitals or poster presentations. We welcome contributions not only from academics but also from performers and opera industry or media professionals.

Case studies in the history of operatic acting

Composers' / librettists' conceptions of how particular roles should be acted

The relationship between opera and spoken theatre past and present

The influence of cinema on operatic acting / opera singers in films

Changing conceptions of dramatic and psychological realism in opera

The dramatic demands placed upon singers today: live relays and the ‘close up'

The singer's appearance and its relationship to operatic drama

Please send abstracts of no more than 250 words to Dr Alexandra Wilson: alexandra.wilson -at- brookes.ac.uk by 1 June 2016.