Celebrating the 250th anniversary of Beethoven’s birth, this conference and concert festival explores keyboard culture around the edges of, in the shadows below, on the distant horizon from the monument that is “Beethoven.” To what extent is Beethoven a pole of both attraction and resistance? In a year saturated with Beethoven, how might we both think through and beyond this single composer’s contribution?

The Cornell Center for Historical Keyboards and the Westfield Center for Historical Keyboard Studies invite proposals for concerts, lecture-demonstrations and talks that place Beethoven’s music in new historical and contemporary contexts, rethinking questions of influence and impact, production and reception in light of the current state of the discipline. Contributions might approach the topic from angles technological, media-theoretical, economic, global, addressing later 18th-century keyboard culture (Haydn, C.P.E. Bach and precursors), composers and performers in Europe’s urban centers (and rural satellites) around 1800, Beethoven’s contemporaries and students, later 19th-century disciples of Beethoven, 20th- and 21st-century responses to and even rejections of Beethoven, and the global dissemination and transmission of Beethovenian sounds.

Is Beethoven a proverbial “dead duck,” with the decisive swerve within the humanities today away from hermeneutics, authority, and the canon, towards materiality, mediality, and the (re)distribution of cultural capital? If not, how might Beethoven be useful in a shifting global political economy, marked by aesthetic fatigue and the institutionally mandated critical intervention surrounding his music? We are particularly interested in papers exploring the construction, reconstruction, or even negation of meaning in the Beethovenian soundscape vis-à-vis changing media environments across the centuries and around the globe.

We especially welcome proposals from younger scholars, and some travel funding assistance is available for current students. We encourage performers to design concert programs that include no more than one work, or set of works, by Beethoven, along with others that critique or shed new light on it. Abstracts of c. 300 words, describing a 25-minute paper, recital or lecture-demonstration, should be sent to cchk - at -cornell.edu by February 1, 2020 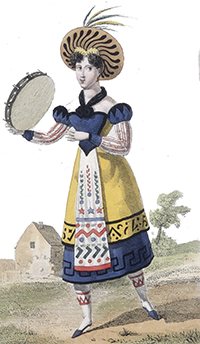