Galant Musics in Italy, the Iberian peninsula, and the New World »

Traditionally seen as a transitional style between the Baroque and Classical periods, the galant style is recognized today, thanks to the work of D. Heartz and R. Gjerdingen, among others, as the principal musical style cultivated in Europe and the Americas between 1720 and 1780. Leveraging the commemoration of the 250th anniversary of the death of Ignacio Jerusalem (Lecce, 1707 – Mexico City, 1769), and considering him a useful model for understanding the distinct issues associated with the reception of the galant style, this conference aims to both communicate current knowledge and inspire new theories and lines of investigation regarding aspects of stylistic development on the Iberian Peninsula and Spanish and Portuguese America during the “long” eighteenth century.

Paper proposals related to the following topic areas, among others, will be considered:

- Ignacio Jerusalem: new findings regarding his life, work, and reception

- Methodologies, historiographic problems, and sources for the study of the reception of galant music in the Iberian world

- Processes of circulation of galant music among the theater, church, and salon

- Coexistence of the galant style with traditional styles

- The galant style as a performance practice

Proposals for individual 20-minute papers in Spanish, English, Italian or Portuguese are welcome. The proposals must include:

- Institutional affiliation (if applicable), brief biography (150 words), and e-mail of the author

- Date on which authors of accepted abstracts will be notified: September 15, 2019 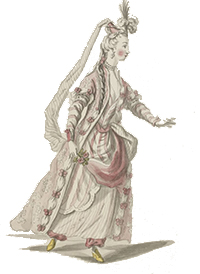